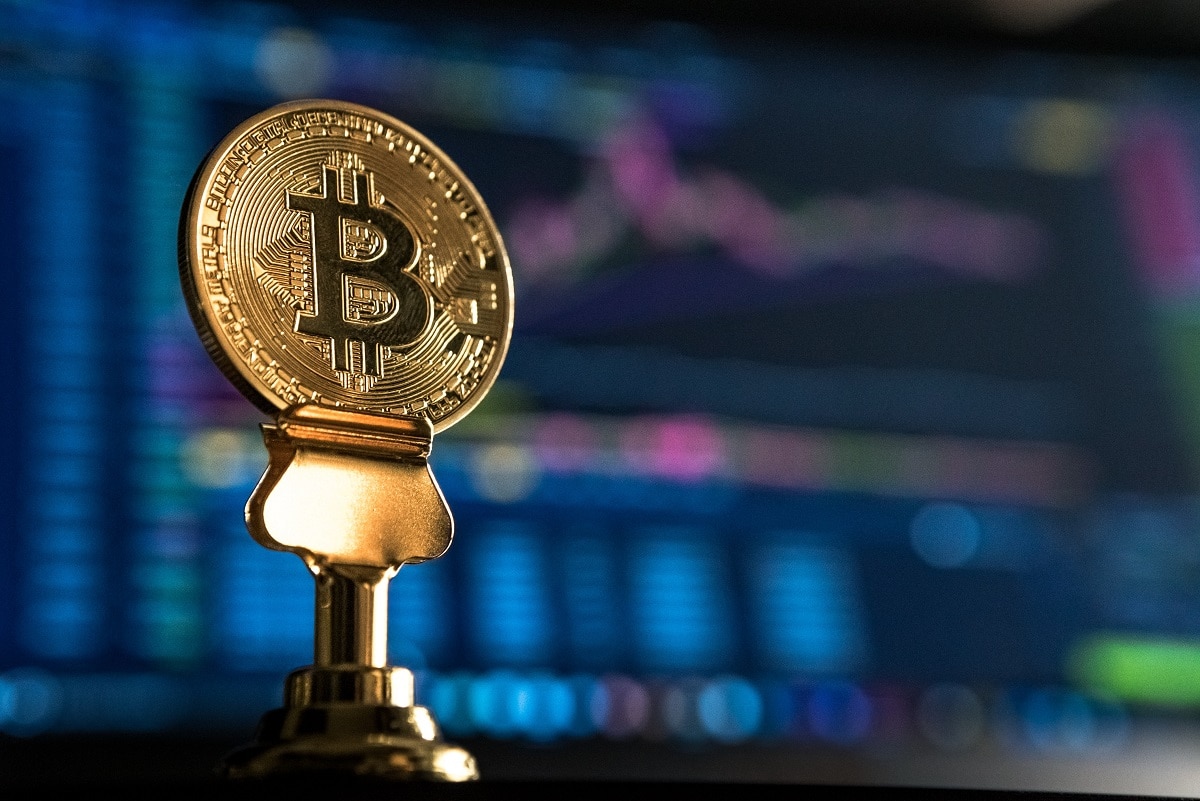 Bitcoin vs. Traditional Assets: Who is Ahead Right Now?

In the past few weeks, Bitcoin’s price has grown significantly and reached amazing heights not seen in years.

This leaves us with so many questions such as “Is Bitcoin a better investment option compared to traditional assets like Stocks?

How is Bitcoin doing compared to more traditional assets, which include gold, properties, stocks, etc.?

It’s a known fact that a lot of corporations are investing and adopting Bitcoin as well as other cryptocurrencies, the market has also switched its main focus from Defi altcoins to Bitcoin.

Square was one of the heavy giants to disclose a big Bitcoin purchase. The management team announced on Oct. 8 that it has successfully purchased $50 million worth of Bitcoin. As expected, this announcement triggered an increase in Bitcoin’s price from $10,300+ to quickly surpass imaginable resistance levels.

PayPal took to the challenge and announced their Bitcoin investment on Oct. 21. This was phenomenal because the company made it clear that it’s entering the cryptocurrency market and giving customers the chance to buy, sell, and hold all sorts of cryptocurrencies. In turn, this increased Bitcoin’s price once again.

Given the surge in the price of Bitcoin, it’s so far outperformed traditional assets and varying indices.

Performance Levels for BTC vs Other Assets

Should You Invest in Tradition Assets vs. Bitcoin?

Some investors who are nervous about investing in gold, stocks, and other traditional assets might be searching for alternative investment options like Bitcoin and Ethereum. It’s important to assess your risk tolerance and overall portfolio objectives — to be able to make well-informed decisions.

All investments are not created equal. But one thing is certain, investments come with risk. The level of risk might differ but it’s inevitable. The market could crash even when the investor is experienced, careful, and confident. Companies could face economic downturns or go bankrupt.

Conversely, a stock could soar through the roof. It’s vital to weigh risk when you choose to add different assets to your portfolio.

“An individual stock comes with risks,” says Kirk Chisholm, a wealth manager and alternative investment specialist at Innovative Advisory Group. “It might not grow, dividends might be cut and many people compare performance to the S&P 500, which simply means you’re at risk of trying to keep up with the Joneses.”

Kirk, however, said that these risks are common with many investments. With stocks, there’s a different approach to curtailing these risks as they provide some guidance you can leverage to fully understand where a price might go.

In the words of David Stein, a former chief investment strategist, and portfolio manager for an investment fund, “Bitcoin lacks the predictors that stocks do.”

“Cryptocurrency is speculative, completely based on supply and demand,” Stein said. “The truth is that all currencies are speculative, to some degree, according to what investors are willing to pay at a particular time, but with crypto like Bitcoin, it’s a different ball game. Bitcoin is mostly subject to big swings because it has a smaller market size compared to the dollar or gold.

According to Chisholm and Stein, Bitcoin has a higher risk considering that it’s a relatively new development with limited adoption. Sadly, it could be replaced by other more efficient digital currencies, or the government might step in to regulate it out of existence.

How Bitcoin Correlates With Different Assets Over Time

The tables above illustrate the correlation between Bitcoin and other traditional assets. As you can see, Bitcoin maintains a growth trajectory with commodities throughout this year and started to diminish in October — this increase could be potentially explained by the risk-aversion that investors have towards traditional markets — especially with the new ways of investing and entrepreneurship that the COVID situations and overall political environments have introduced.

Bitcoin demonstrated a strong correlation with the equity markets in Q1 2020. This can be attributed to all markets being sold off (BTC, equities, and commodities alike) when the issue of liquidity surfaced.

Moreover, after the fiscal stimulus packages of various governments were announced, the prices and investment plans for the popular financial assets — BTC, commodities,  and equities bounced back rapidly. Again, this caused a significant correlation of these asset classes, which made investors tag BTC as a risk-asset, in the same terrain as equities, when there was a flight to liquidity.

Truly, the monetary stimulus in the U.S. is one of the pivotal narratives hovering around Bitcoin prices. In turn, this is having a positive blow on Bitcoin as an alternative investment solution to hedge against potential inflation. Hence, we see the negative correlation with the U.S. Dollar Index (DXY), showing the distinction between the relative strength of U.S. dollars against a basket of currencies.

Given the wide adoption of Bitcoin by corporations for operations and as reserve currencies — and also by institutional investors — there’s a huge chance that the correlations will break off from these traditional assets even more. This would propel Bitcoin as an alternative solution for investors who want to diversify their portfolios.

‍Bitcoin Correlation With US Equities

How Bitcoin Correlates With Currencies

In mid-late April 2020, Bitcoin’s correlation with the U.S. Dollar Index (DXY) began to go down and attained negative. This also coincided with when Brian Armstrong, CEO of Coinbase, revealed that a lot of the deposits/buys are the same size as the $1,200 stimulus check.

As a result, the correlation could potentially be illustrated by the financial stimulus package. This has weakened the U.S. dollar against other currencies. A part of the stimulus might have actually flowed into Bitcoin and the cryptocurrency market.

Who Is Bitcoin Best Suited For?

Bitcoin might be ideal for prospective investors looking for a little extra diversity in their portfolio. Cryptocurrencies such as Bitcoin and Ethereum offer a ton of opportunities and help you to bypass common assets into a more digital-based investment.

“Bitcoin is helpful if you want to have some assets that aren’t denominated in the dollar or other home currency,” Stein said. “It’s a great way to hold some assets outside of the dollar.”

Overall, you might think Bitcoin is a good fit for your portfolio, Stein and Chisholm said that it must never be the main focus of your investment strategy. You need to consider how much risk you have and can tolerate, and how emotionally and financially prepared you’re with losing that amount in your portfolio.

“If the numbers fascinate you and the calculus behind (Bitcoin), then keep in mind that it might slide to $0 or up twentyfold,” Chisholm said. “Determine what percentage of your portfolio you can willingly lose. It’s best to limit it to 1 – 5% of your portfolio, depending on how prepared you’re at gauging and tolerating with risk.”

Who is the Traditional Asset Best For?

For the majority of investors and future entrepreneurs, stocks might ‘arguably’ be one of the best assets for the bulk of any portfolio.

“Make stocks the main focus of your portfolio,” Stein said. “It’s easy to come up with a value, which must be based on profits. This is a more stable investment due to its underlying characteristics.”

Stein thinks it’s smart to suppose that — given the short-term volatility, the majority of companies will still be here in the future — thus, providing stability. When you invest in a broad-based index fund or exchange-traded fund (ETF) made up of stocks, you’re in a good position to be fine in the long run.

When we had thought that Bitcoin would fizzle out, it gained a lot of mainstream recognition. In just about one year, Bitcoin grew in leaps and bounds and has become an asset-based investment just like real estate, gold, and other traditional assets.

In all, unlike the traditional investment opportunities that can be predicted to a large extent, Bitcoin and other cryptocurrencies are volatile and expert investors can only speculate the future.

However, it’s worth gaining some practical knowledge in this field to build the right confidence that’s required by the investors’ club.

Enter your email address below to get my exclusive and best content on making money and living a better life!

Get my Productivity Hacking Toolkit

Enter your email below to get my productivity toolkit, FREE!